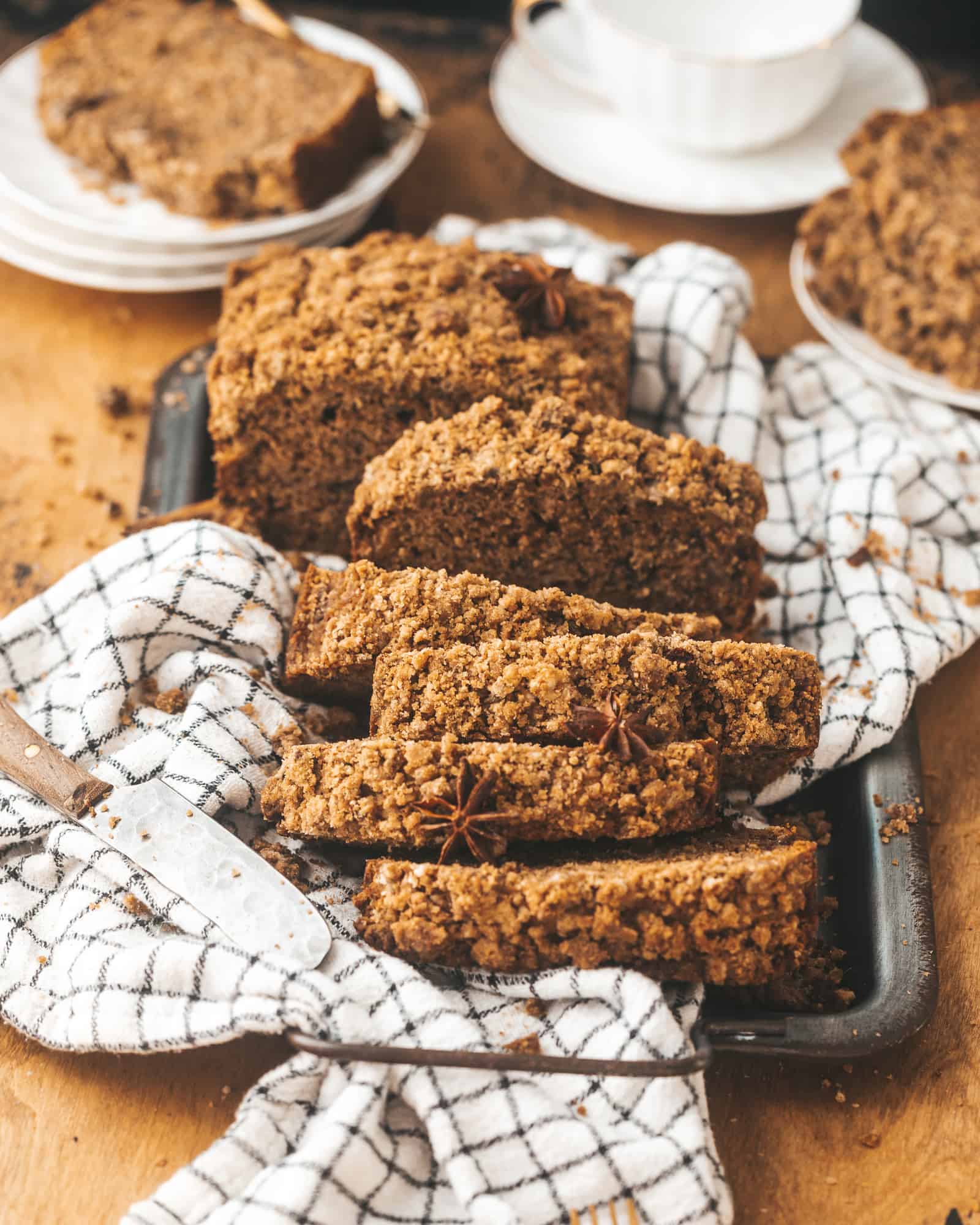 Do you have leftover ripe bananas? Try these Easy Banana Nut Muffins for a fun bake or try these Caramelized Banana and Prune Breakfast Bowls for a healthy way to start the day!

Yep, you read that correctly. This is my new banana bread recipe and it's so good. Maple cinnamon flavors paired with ripe bananas and topped with a buttery cinnamon streusel - like wow. Talk about a flavor bomb, this is it!

After the heavy food from the holidays, sometimes you just want something delicious and simple. This maple cinnamon banana bread is the answer. You may be wondering what the question was.

The question is "when will you be going to the grocery store to get the ingredients to make this banana bread?". Specifically, this maple cinnamon banana bread. Because I promise you, once you make it, you'll be coming back to this recipe to make it over and over again.

how do i make maple cinnamon banana bread?

Simply put - just add all of the ingredients to one bowl and mix. Now of course, it's not THAT simple but in essence that's what done. See below.

what do i need to make maple cinnamon banana bread?

What i love about this recipe is that you don't need any fancy equipment. However, there are a couple must haves that I recommend to ensure the best outcome!

The first is a 9x5 baking pan/loaf pan. This is the correct size pan to accommodate the batter and provide adequate room for the maple cinnamon banana bread to rise properly in the oven without spilling. Of note, you can use a bigger pan, however, you can't use anything smaller. It'll spill over the top while baking.

The second thing that I love for this recipe is maple extract. It isn't mandatory, but it truly elevates the maple flavor. I love love love this extract because it's subtle but unforgettable at the same time.

how do i store banana bread?

If you're eating banana bread right away, store on your counter top covered with plastic wrap in an airtight container. This will lock in the moisture and keep it fresh! I do not recommend storing it in the refrigerator because the cool air will dry it out. It'll turn into a brick and no one wants that! If storing on the counter, it'll last for about 5 days. After that, I'd recommend tossing the leftovers.

If you're freezing the banana bread for future enjoyment, cover the entire loaf with plastic wrap and then put it into a zip-loc bag. When you're ready to thaw it out, simply leave the loaf out at room temperature to defrost it. The maple cinnamon banana bread can last in the freezer for about 2 months. 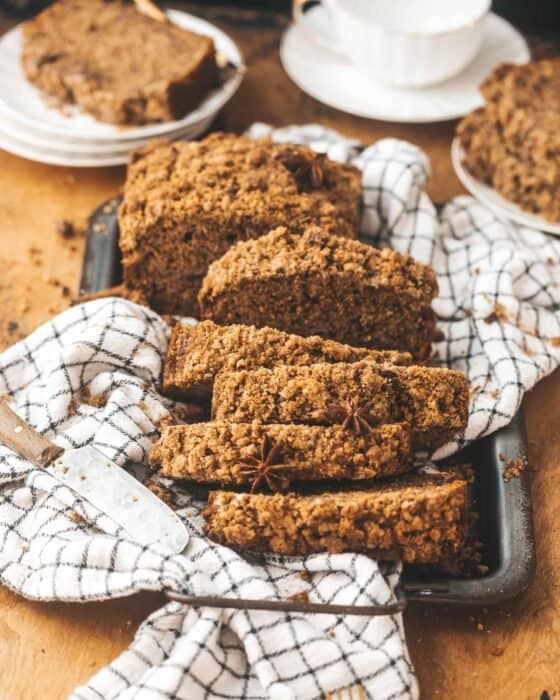