Pear Cinnamon Rolls with Cream Cheese Frosting is the Fall recipe you've been waiting for! The cinnamon rolls are filled with perfectly spiced pear puree and topped with a cream cheese frosting that's out of this world!

Now that we're well into Fall, pears are officially in season. According to the Food Network, pear season runs from August to October. A whopping 95% of pears are grown on the West Coast. Pears are also super healthy and have a ton of nutrients. However, I'm not touting this recipe to be something that's healthy. More so, this recipe is good for you in that it enriches the soul. And your taste buds.

This recipe is very similar to my apple cider cinnamon rolls. The ones with the browned butter frosting! The dough of the cinnamon rolls themselves are pillowy and soft. They're also buttery and slightly sweet. The pear filling is spiced with cinnamon and has a beautifully smooth texture. Then you tie it all together with the cream cheese frosting! It's magical.

Speaking of magical, can we talk about these Libbey glassware?! It's beautiful! This 9x13 baking dish is a part of 5 piece set that's on $34.99. I used their pie dish to make my recipe for Sage Browned Butter Pumpkin Pie with Spiced Meringue. The pie dish is also a part of the five piece set and it's incredible too! Oh, also check out their casserole dish below too! When I tell you this set is just amazing, I mean it. Not to mention, it would be perfect for all of your holiday dinner prep AND for storing leftovers! Head over to Libbey Glassware to shop their amazing bakeware!

Right now, Libbey is offering 20% off of your order with the code "BRIT20"! Head over there and get this amazing set!

For this recipe, check out the instructions below! If you make this recipe, please tag me on facebook or instagram so that I can share the yummy pictures!

While you're here, check out these yummy Chocolate Cheesecake Rolls as well as these Soft Cinnamon Rolls! 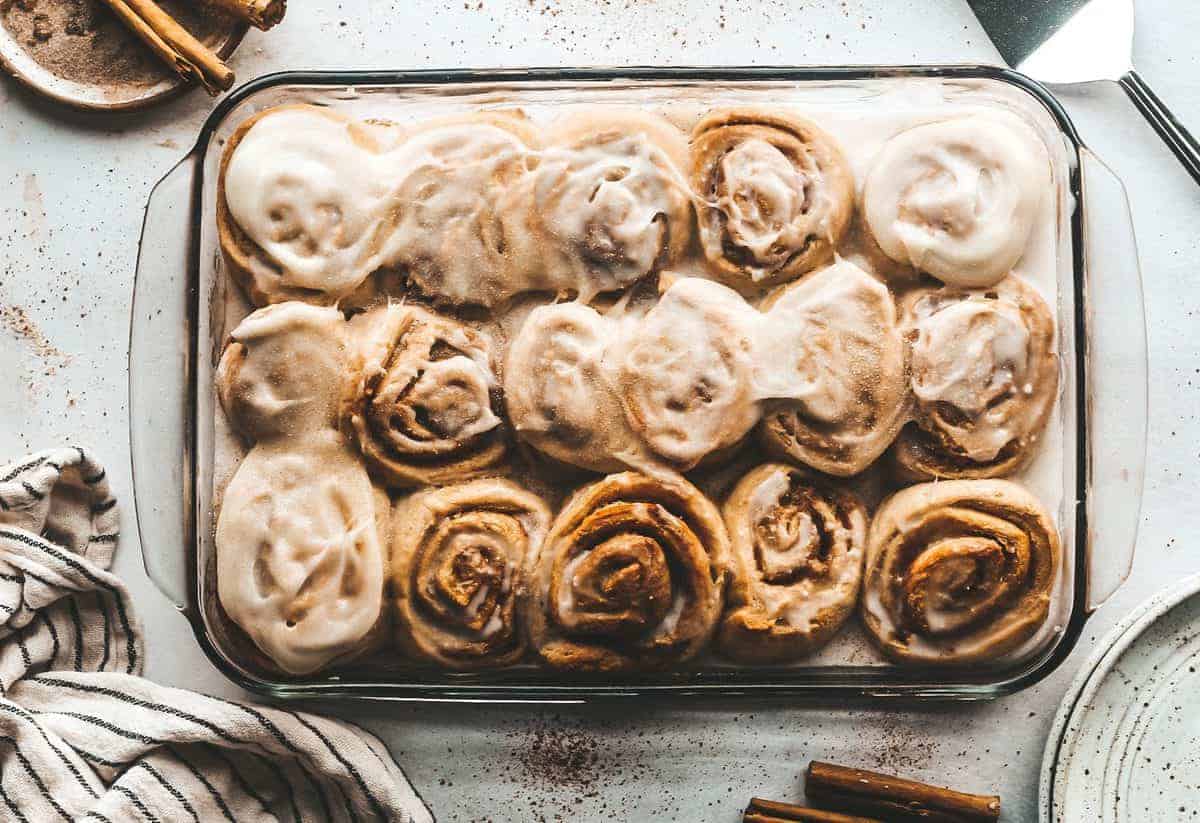 By: Britney
Pear Cinnamon Rolls with Cream Cheese Frosting is the Fall recipe you've been waiting for! The cinnamon rolls are filled with perfectly spiced pear puree and topped with a cream cheese frosting that's out of this world!
Serving: 15 servings
Prep Time: 50 mins
Cook Time: 30 mins
Calories: 300kcal 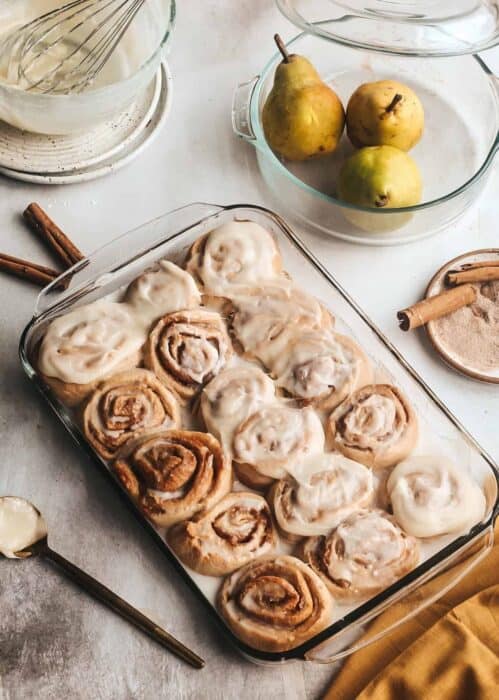