I’m participating in the 2020 Juneteenth Cookout Takeover. This initiative was established to encourage the celebration of Juneteenth – a jubilee of freedom to commemorate the end of slavery – and to amplify the food traditions (Buttermilk Fried Chicken with Sour Cream and Honey Sauce) of black culinary creatives.  Juneteenth (a merge of the words/date June Nineteenth) marks the date in 1865 that the last enslaved people learned of their freedom.  And for over 150 years since, Black American families, home-cooks, chefs, and culinarians have commemorated the summer holiday with a wide range of food traditions that tell a story of the perseverance of a people.

Buttermilk Fried Chicken with Sour Cream and Honey Sauce! Who doesn't love fried chicken? I cannot think of one person. Fried chicken is one of those dishes that's nostalgic and always takes me back to my childhood. It reminds me of going over my aunt's house and playing double dutch with my cousins after school. I sucked at jumping rope - I could never catch the beat and I turned off rhythm which messed everyone else up too. LOL I remember trying so hard and being so happy when I could get in the rope and last longer than 5 seconds. If I made it past "Challenge, Challenge '1'" - it was a win. Isn't it funny how certain foods bring back memories and how we associate senses like smell and taste with times from our past? That's what fried chicken does for me.

My Uncle Tuna made the BEST fried chicken known to man. It was tasty, crispy, and put Popeye's and KFC to shame. Have you ever eaten someone's food and just felt like they literally put their soul into it? That was my Uncle Tuna's fried chicken. I remember the house being loud and as soon as he put the fried chicken out, the room immediately went silent and all you heard was chewing and "mmmm". I don't eat fried chicken often, but when I do I am reminded of these fond memories - hanging out with my cousins while my mom was at work and fighting over who would be player one on the playstation.

We'd play the most elaborate games of house, hide and seek, and make up card games that lasted hours. My cousins even turned their bedroom into a club called "Club Bubbles" and it was literally one of the coolest places on Earth. They painted "Club Bubbles" on the wall in bright purple paint and even had a strobe light and disco ball hanging down from the ceiling. We'd play techno music and dance and laugh for hours and then get Chinese food and watch movies until we all fell asleep. Although I moved away from my hometown, I think about these times often and it always brings a smile to my face.

i woke up and felt like frying some chicken...

Fast forward to today, I woke up and felt like frying some chicken. The first time I tried frying chicken, it kinda sucked. The breading fell off, the chicken was brown on the outside and raw on the inside - it was a disaster. However, with practice and a lot of frustration, I finally nailed it. This chicken recipe is just so freaking good. Probably not nearly as good as Uncle Tuna's, but I think that this recipe would make him proud. <3

Buttermilk Fried Chicken with Sour Cream and Honey Sauce is a recipe that reminds me of my childhood! It's crispy, perfect, & delicious!

The list below is the official list of all of the amazing Black food bloggers who contributed to the 2020 Juneteenth Cookout Takeover! Go to their page, make their recipes, check them out on Instagram and show some love!

Butter Be Ready | Chicken and Waffles

Cooks with Soul | BBQ in Jar

Food Is Love Made Edible | Smothered Okra with Chicken & Sausage 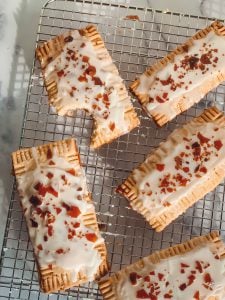 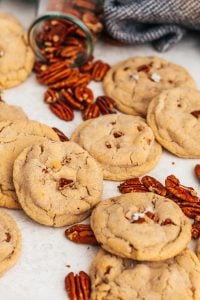 This recipe has recently taken off on my website a

For our baby moon 🌙, we traveled to Montego Bay

#ad I’ve partnered with @SurLaTable to bring you