Taking a bite of this cinnamon sugar apple galette is like getting a warm hug. It's cozy, spiced with cinnamon and a pinch of nutmeg, with thinly sliced apples on top of a flaky crust. Dollop a scoop of ice cream on top and you're in for a real treat!

Cinnamon sugar is having a moment. Make these Cinnamon Sugar Buttermilk Donuts as well as this Cinnamon Pear Apple Crisp - both are SO good!

When I took my first bite of this cinnamon sugar apple galette, I immediately said to myself "omg this is good". My next thought was - "this HAS to go on the blog". It tastes a lot like apple pie without all of the hassle of actually making the pie. Which is lovely because start to finish, this takes about an hour to make.

Sound too good to be true? I can confirm, it's actually true! So, grab your ingredients and let's make this magical dessert.

Like apple pie... but a tenth of the work

Ok, so level with me. We all LOVE pie. Trust me, I have quite a few favorites like my blood orange ricotta pie and of course, my pumpkin pie that trends every year around the holidays! But let's be real - making a pie from scratch is A LOT of work.

Sometimes we don't have time to make the dough, let it sit in the refrigerator for 30 minutes, roll it out, shape it, freeze it, blind bake the crust, make the filling, then bake it....... you see my point? That's why I love this Easy Cinnamon Sugar Apple Galette. Tastes like pie with literally a tenth of the work. Can't go wrong!

What is a galette?

A galette is essentially the cross between a pie and a pizza (at least that's how I think of it). Galettes have a flaky, pie like crust and are filled with just about whatever you want to add. Sweet, savory, or if you're me - both. At the same dang time! Because why not?

You simply roll out your dough, fill it with whatever you want, then fold the dough over the filling to create your galette. The steps are the exact same with this cinnamon sugar apple galette. So easy but so good!

How do you make this cinnamon sugar apple galette?

I thought that you'd never ask! For this cinnamon sugar apple galette, I used my Calphalon Precision Self-Sharpening Knives to thinly slice the apples. Slicing them thinly is key for a good bake.

To ensure your apples are sliced to perfection, follow these steps:

Tuck your fingers when cutting the apples to get a good grasp on the apple to ensure that it doesn't move when cutting it. More importantly, this also prevents you from cutting yourself with the knife. (take it from me, knife accidents are NOT fun. My fingers agree)

Try to cut each slice as uniformly as possible

Of course, they won't all be the EXACT size however, you don't want some slices to be super thick and others to be too thin. Take your time with each slice.

Cut each apple in half, lengthwise

Cut each apple in half, lengthwise. Then slice thinly amongst the long side. Once done, sprinkle cinnamon sugar on top and place on pie crust, bake it up, and you're done! 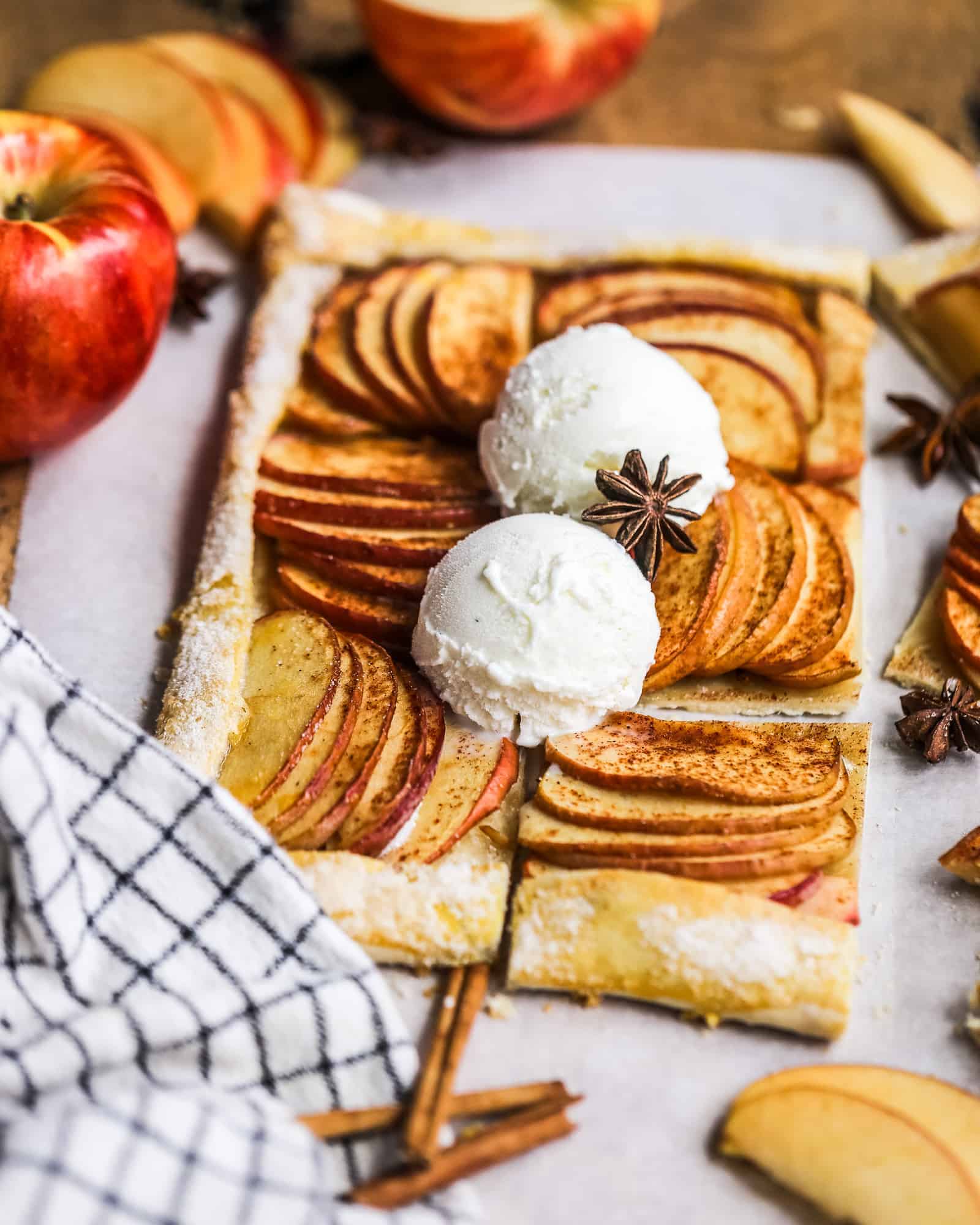