Apple and Pear Bread is a fun way to use your Fall apples and pair it with sweet and juicy pears to make this delightful bread!

Apples and pears have been one of my favorite flavor combos this season. Do you love apples and pears too? Try this easy Cinnamon Pear and Apple Crisp as well as these delicious deep fried Apple Pear Fritters with Honey Glaze!

Autumn is in full swing and I'm already making all of the Fall recipes! I've been seeing tons of pumpkins and halloween decor in the stores. It truly makes me happy! However, let's give pumpkins a break for just a few seconds and talk about apples. Specifically, apples and pears!

I went apple picking last weekend. It's a tradition in my family! We go together every year. Yes, at nine months pregnant, I got my wobbly butt up those fields and picked apples and enjoyed every minute! When we came home, the baking commenced!

I made apple butter (recipe coming soon), apple pie - but most importantly, this apple and pear bread. Which was such a hit!

what do i need to make apple and pear bread?

There are a couple of pieces of equipment I'd recommend to make this apple and pear bread a breeze in the kitchen!

*these items are good to haves, you can use your hands to knead the dough. However, the stand mixer makes it super easy to assemble all of the ingredients. The dough scraper is also good to have because the dough is a bit tacky in the beginning.

how do you make apple and pear bread?

Start mixing together all of the ingredients for the dough in a stand mixer - flour, yeast, sugar, milk, eggs, and salt. This dough will be nice and soft and will need to be kneaded (haha) in the mixer for about 10-12 minutes. Then allow the dough to rise until it doubles in size.

After the dough has risen, cut it in half and roll it into a log, about 24 inches long. Cut 24 one inch sized pieces and then roll each piece into a ball and set aside.

After that, cut up your apples and pears and mix them together with a little lemon juice, sugar, and spices. Slowly fold the dough balls into the fruit mixture until all of them are coated with the spices. Add the to a 9x5 loaf pan and let the dough rise again. (it'll get nice and puffy, that's how you know it's ready for the oven!)

Bake the bread for about 55 minutes! Mix everything together to form the apple cider glaze and drizzle on top! Then, you're done!

what can i serve with apple and pear bread?

So one of my favorite things to eat with this apple and pear bread is bacon and eggs! Something about the sweetness of the bread and the savory flavors of the bacon and eggs that pear, I mean pair, together so well. 🙂

I also love this bread with a little butter spread on top and a heaping smear of apple butter. Also, this bread with some mulled apple cider or hot chocolate is simply heavenly. Thank me later!

This blog post and recipe for Apple and Pear Bread was made in partnership with Bakes From Scratch Magazine! I received compensation in exchange for this work. Thanks for your continued support! 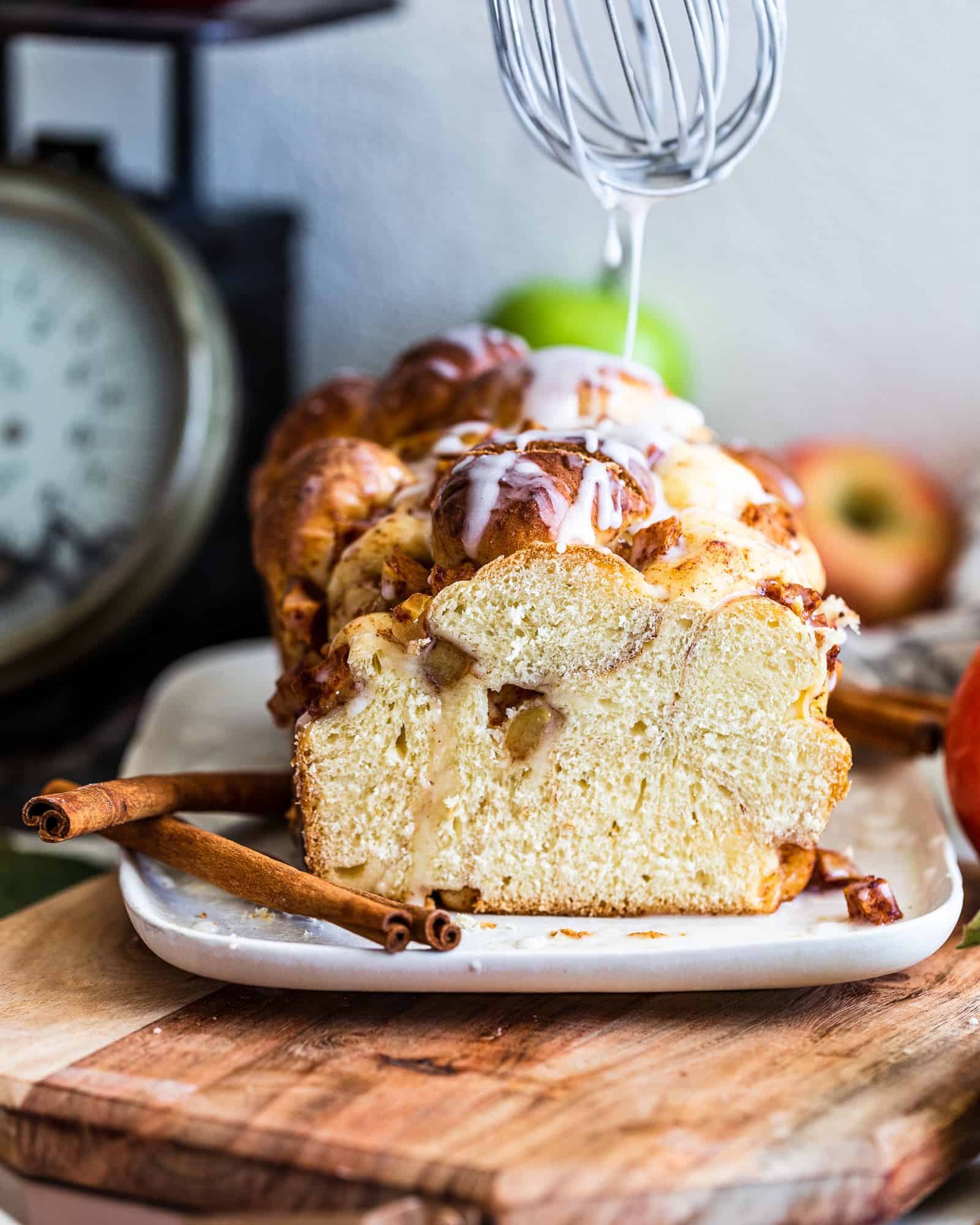 By: Britney
Apple and Pear Bread is a fun way to use your Fall apples and pair it with sweet and juicy pears to make this delightful bread!
Serving: 10 servings
Prep Time: 2 hrs 30 mins
Cook Time: 55 mins
Calories: 300kcal 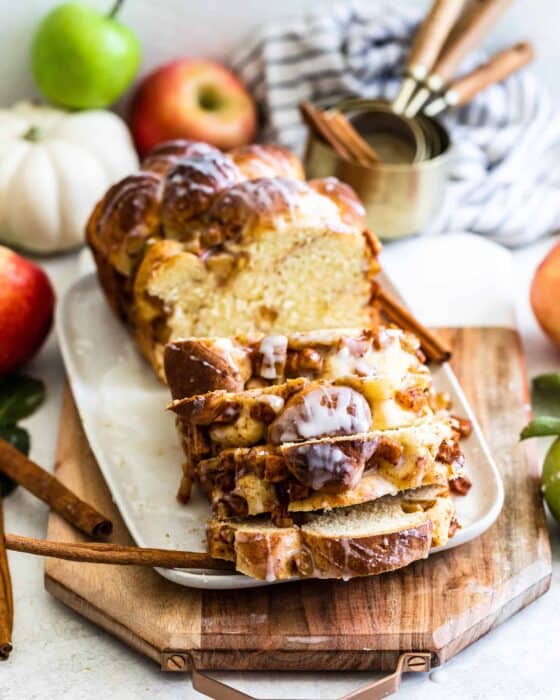