Crispy, fluffy, and sweet Apple Pear Fritters with a Honey Glaze - a quick and easy recipe that comes together in about 30 minutes! Warm spices and juicy apples and pears are topped with a cinnamon honey glaze to make this recipe absolutely delicious!

Are you a major fan or apples and pears too? Try this Cinnamon Pear Apple Crisp! Don't stop there, also check out these Apple Cider Cinnamon Rolls with Browned Butter Frosting!

Let's talk about why this is about to be your new favorite recipe. I had to gush about these Apple Pear Fritters because they're full of apple and pear chunks, cinnamon, ginger, and nutmeg - but they're also SO easy to make. It's one of those recipes to keep in your back pocket when you want to impress a bunch of folks with something that looks complicated but secretly, isn't.

Don't you just love recipes like that?! Effortless, delicious, and so much fun to make!

what ingredients do I need to make apple pear fritters?

No, not exactly. But I could see how one could easily call this a donut. While they are very closely related, donuts are classically noted as a round fried piece of sweetened dough.

Fritters and donuts can be both batter based, however, fritters, like these apple pear fritters, are technically deep-fried (or in this case - pan-fried) cakes.

California is the second largest exporter of apples in the US! In fact, the Golden State ranks 5th in the highest producers of apples. California also produces about 150,000 tons of pears per year. If that doesn't blow your mind, I don't know what will! Even though California is the largest producer of food in the USA, these stats always "wow" me!

I wrote this recipe for apple pear fritters with both fresh apples and pears, which can be found from July-September, with an option to use canned pears from California which you can find anytime! If you're wondering how to tell where your pears or apples were grown - or any other canned or jarred food - check out this shopping guide.

recommended utensils for this recipe:

This blog post for Apple Pear Fritters with Honey Glaze was made in partnership with California Grown! I received compensation in exchange for this work. My opinions on their products are genuine. If I didn't love their products, I would certainly mention it! Thanks for your continued support! 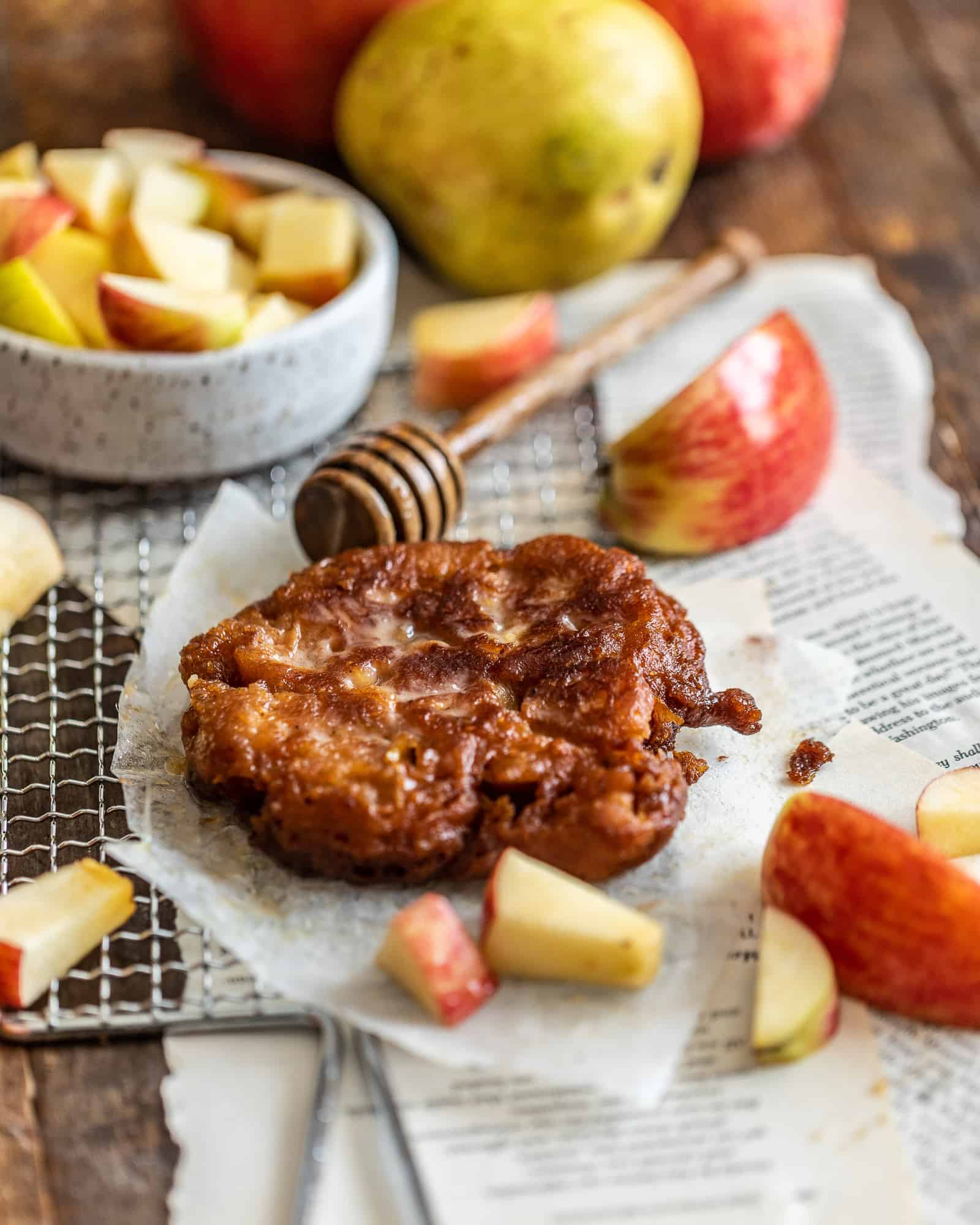