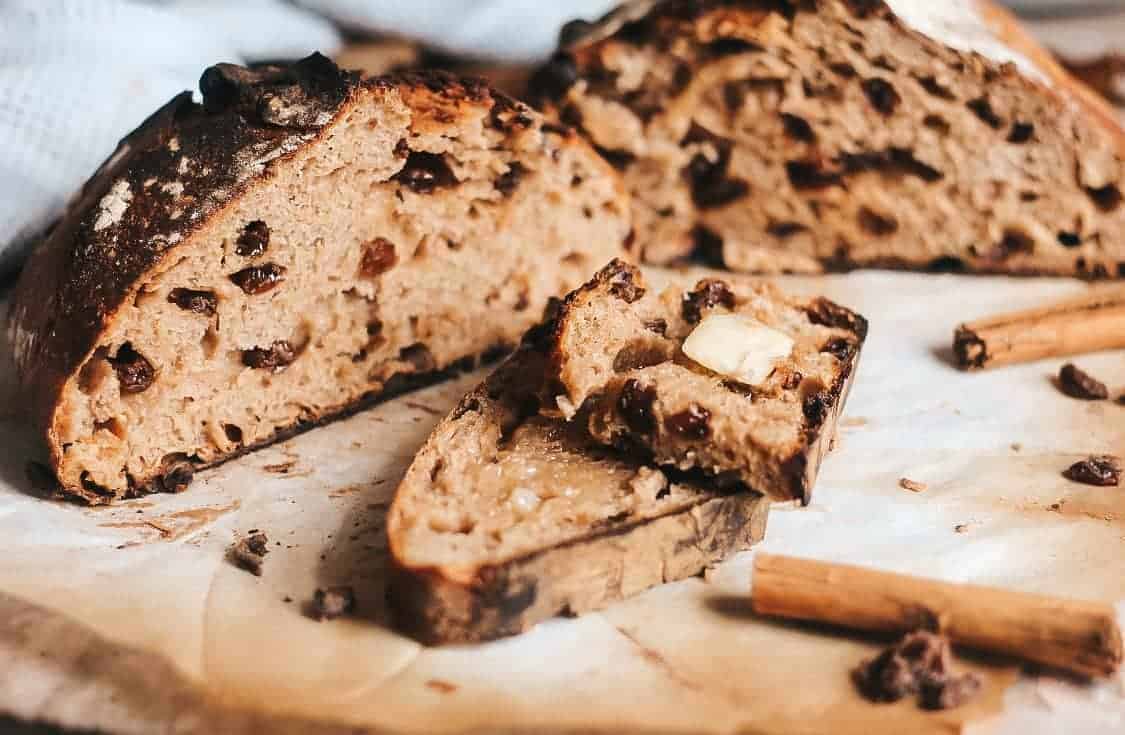 No Knead Cinnamon Raisin Sourdough Bread! I know that the name of my blog is "Britney Breaks Bread" but I find it absolutely hilarious that I seldom post bread recipes. This is primarily because I am still practicing a lot of bread recipes and learning the science behind it. I began my sourdough starter in late March and decided to name it "Zeus". Befitting as I wanted it to be the ruler of all sourdough starters (ambitious, I know). The starter consists of whole wheat flour and filtered water, which took a bit of time to become active, but once the bacteria formed, it became strong and bubbly and ended up making this very delicious bread that is so easy to make!

There's a bit of a back story to my sourdough journey. When the pandemic began, no one could find yeast. It was insane. No supermarkets, speciality markets, farmers market, craigslist - no where. lol Given this, sourdough became "all the rave". Did I hop on that bandwagon? Absolutely! I love to bake but couldn't find yeast! I ALWAYS have fresh baked bread around the house. Always. So when I ran out of both instant and active dry yeast, I started Zeus.

So it's no secret, I love to bake. Check out my bread recipes! (HERE) As I mentioned above, my sourdough baking journey has been interesting. My first attempt tasted AMAZING but was flat. My second attempt rose and was perfectly shaped, but didn't taste quite like sourdough at all. I figured that there was no way that I wasted almost 7 days trying to perfect the baking process. It is not for the faint at heart!

So, I came up with this recipe. When I made my No-Knead Lemon and Herb Bread, I wondered - "Why not try the same thing with sourdough?!" So I did. And it came out perfectly. The first AND the second time. So I wrote it down and decided to post it. In addition, this bread is SO good. It's fluffy, yields a beautiful crumb, and with a little butter... wooo!!

and it came out perfectly...

Now granted, this recipe is not identical to my No-Knead Lemon and Herb Bread. However, it's just as easy. I simply put the ingredients together before bed and let it sit out. The next morning, turn the dough onto a floured surface, shape it, and add to a proofing basket. Then bake it! That's it!

One thing I will add that will make a huge difference.... MAKE SURE YOU ALLOW IT TO COOL! That's all. Other than that, this recipe is so perfect. For breakfast, for lunch, for whenever you want 🙂 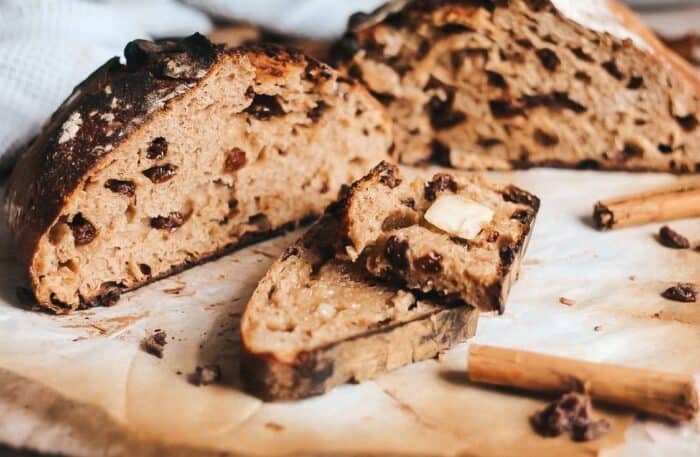