If you love peaches, go try my peach cobbler with cake mix while you're here! Now, let's talk about this recipe for Peaches and Cream filled Churros! Churros are pretty simple to make. You do however need a piping bag and a star tip to get the ridged effect. I purchased everything that I needed to make these on amazon - Jumbo Star Tip and Bismarck Piping Tip. These piping tips really make this recipe a lot easier and you can use them for a plethora of other types of food, so I highly recommend purchasing them! A little elbow grease is needed when piping the churros into the grease, but nothing too difficult!

As far as taste is concerned, these churros are sweet, creamy, and simply delicious. If ever there was a perfect balance of flavor, it's this recipe. They're sweet, but not too sweet. They're full of peaches and cinnamon but the buttery center of the churro really stabilize the flavor and just make this such a pleasant treat!

A few tips for getting started: 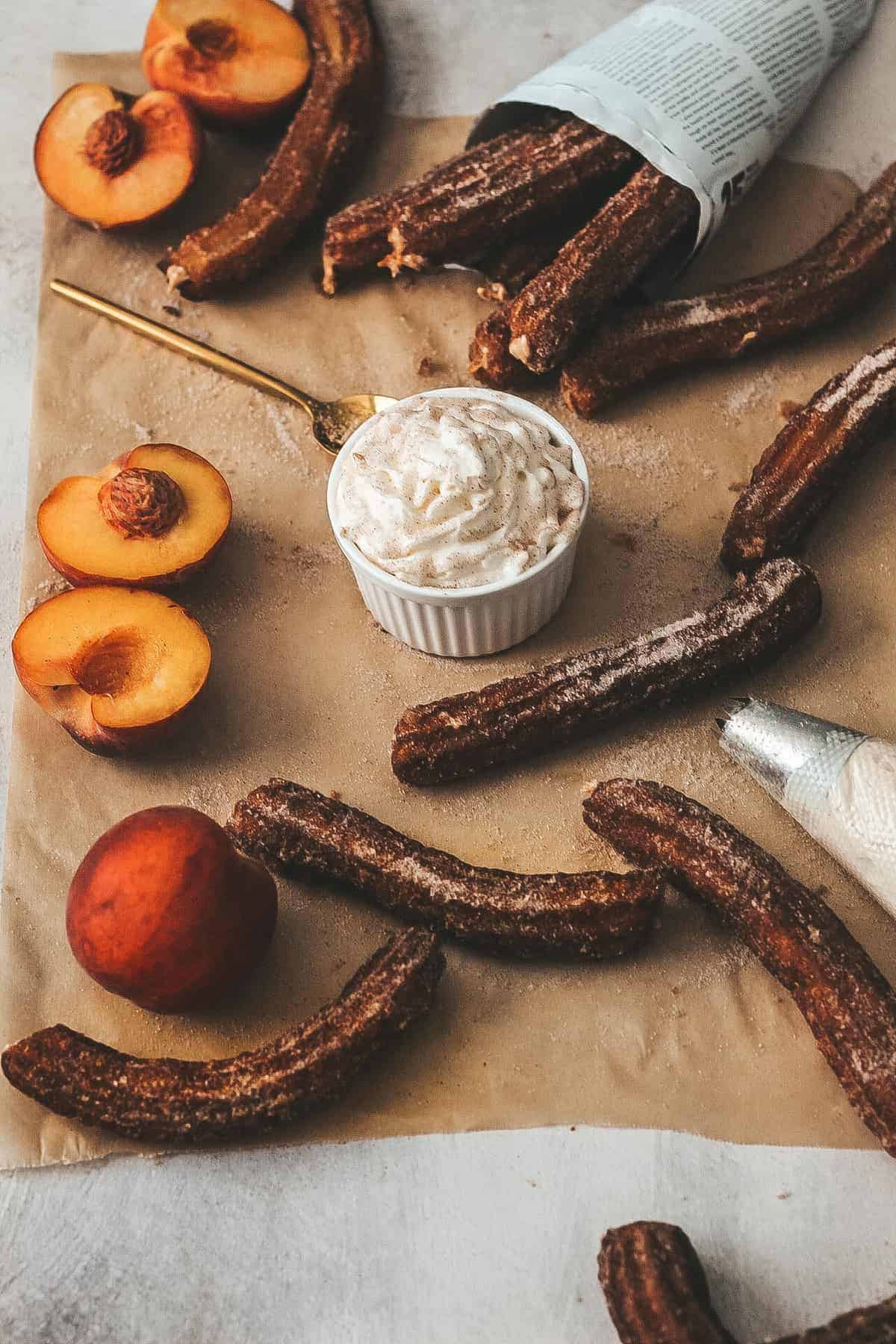 Check out my last recipe! https://britneybreaksbread.com/heirloom-tomato-and-pesto-focaccia-with-mozzarella-and-olives/