Blood Orange Sour Cream Donuts with Citrus Glaze! These beauties are made with blood oranges and mandarin oranges and are the perfect little bites of happiness! They're cakey, full of that beautiful citrus flavor, and so delicious! The citrus glaze truly makes each bite memorable!

When I was younger, my mom and I used to walk downtown at this mall in this mall called "The Gallery". I think it's called something else now, but I remember her and I walking in the mall and going to get a snack. She got a sour cream doughnut and I got a pink doughnut with sprinkles. I didn't like mine, I only picked it because it was pretty. She gave me a bite of hers and I remember it being SO good. It was a sour cream donut and I remember so vividly how delicious it was!

So, yesterday I decided to recreate the sour cream donuts and honestly, I could not be happier at the outcome.These donuts are fluffy and dense at the same time and with the blood orange and mandarin orange glaze - ugh, you have to try it!

Blood Orange Sour Cream Donuts with Citrus Glaze - what more can I say? This recipe was so much fun to make. A tiny bit time consuming, but still fun nonetheless. Lets get into some tips and tricks.

Do you see this crumb?! 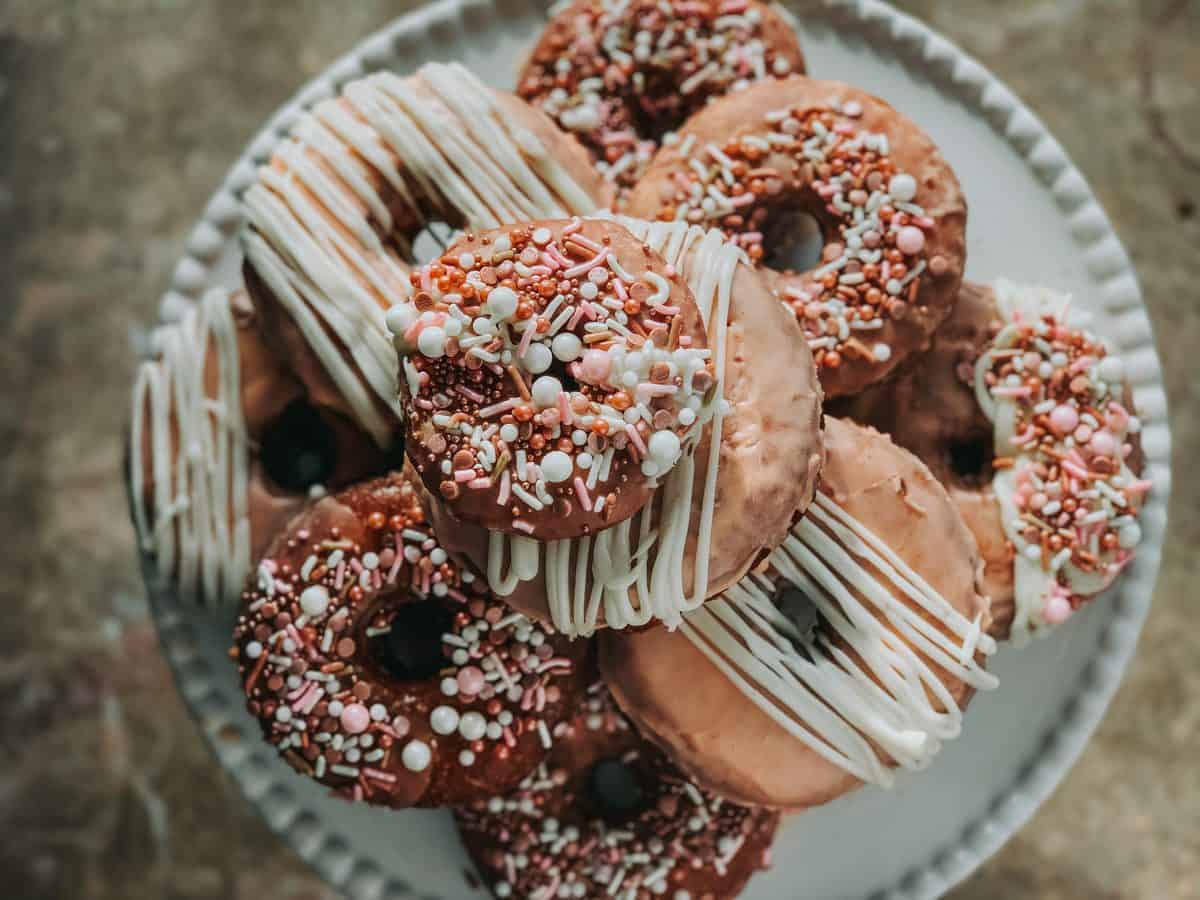 Want more more Donut recipes to try? check out the recipes below!