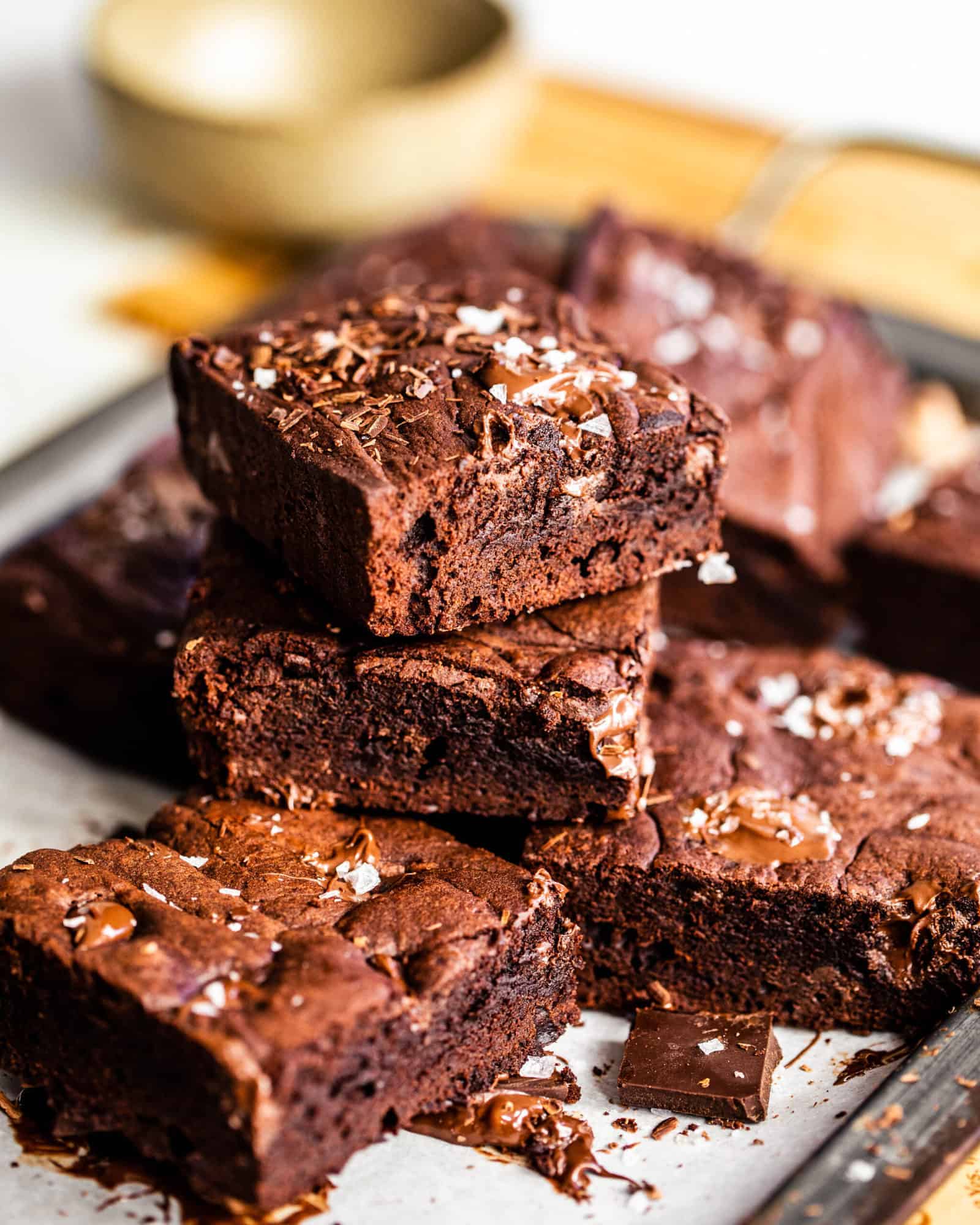 Chewy and Fudgy Homemade Brownies are packed with double the chocolate for an irresistible easy dessert. Leave the box mix on the shelf because once you realize how easy it is to make your own homemade fudgy brownies from scratch, you will never go back!

If you are in need of a chocolate fix then I have just the thing! Be sure to check out my Chocolate Cupcakes with Espresso Buttercream and my Miso Prune Blondies with Chocolate Drizzle.

These brownies are the definition of decadent but without the complicated steps or ingredients. Made mostly with stuff you already have at home, this one-bowl recipe is sure to become a go-to treat! It takes less than an hour to make and there will be more than enough to go around.

Brownies are a classic dessert that fills me with nostalgia. You will be in chocolatey bliss after the first bite. Getting back to the basics with a simple recipe and ingredients, never tasted so good!

How do you make chewy brownies not cakey?

Using more flour results in a cake-like brownie. If you want a fudgier brownie, use less flour and more eggs. Fat is also a major factor in fudginess. Avoid brownie recipes that use just as much or more oil as butter.

what to do with Leftover brownies

Although Chewy and Fudgy Homemade Brownies taste best fresh out of the oven, they can be enjoyed within 4 days of baking. Just keep them stored at room temperature in an airtight container. Try to avoid cutting the brownies before storing them so they do not dry out or become stale.

By: Britney
u003cstrongu003eChewy and Fudgy Homemade Brownies are packed with double the chocolate and enriched with butter for an irresistible dessert. Leave the box mix on the shelf because once you realize how easy it is to make your own fudgy brownies from scratch, you will u003cemu003enever u003c/emu003ego back!u003c/strongu003e
Serving: 9 servings
Prep Time: 10 mins
Cook Time: 40 mins
Calories: 383kcal 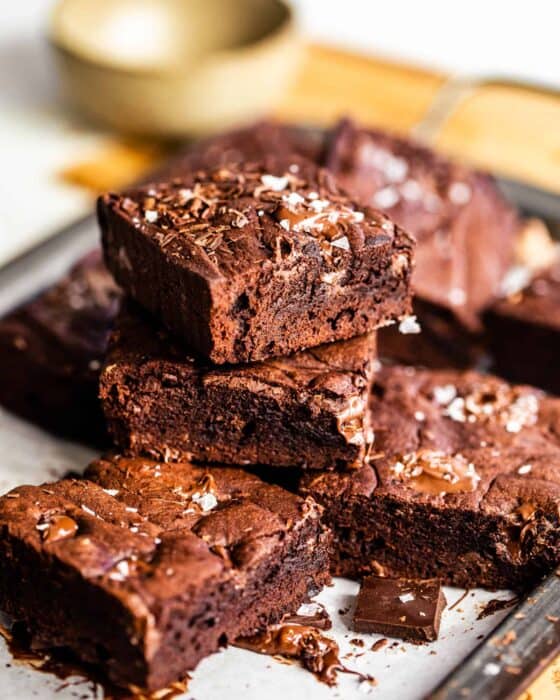