Maple Bacon Cinnamon Rolls are soft and doughy with brown sugar and bacon bits nestled inside rolls drizzled with maple icing. This decadent sweet and savory treat works for breakfast or dessert!

Cinnamon rolls are a staple dish for me and I love coming up with new flavor combinations. What smells better than freshly baked cinnamon rolls in the morning? Not much but the smell of bacon is just as enticing!

Bacon Cinnamon Rolls are the perfect morning pick-me-up! They combine some of the best parts of breakfast: maple syrup, crisp bacon, and gooey cinnamon rolls.

But any time of day you decide to serve these homemade cinnamon rolls, they are sure to be a hit! It takes a bit of time but these are totally worth it!

what's the difference between cinnamon buns and cinnamon rolls?

how do you keep bacon cinnamon rolls moist while baking?

Rule of thumb - do not over bake the cinnamon rolls. It's easier said than done. Often times, I pull out the cinnamon rolls from the oven just before they're golden brown. This ensures that they're still slightly gooey without being stodgy or under baked.

Because baked goods are still cooking right after they're out of the oven, pulling them out JUST before they're golden brown makes for the perfect bake.

Nothing fancy, but a couple kitchen tools help making this recipe easier! Check it out:

If you'd like to freeze any leftovers, simply pack them in an airtight container and pop them in the freezer for up to 30 days.

Store Maple Bacon Cinnamon Rolls in an airtight container and consume within 3 days. When you are ready to reheat, cover it with a damp paper towel and microwave in 10-second increments until it is warm. 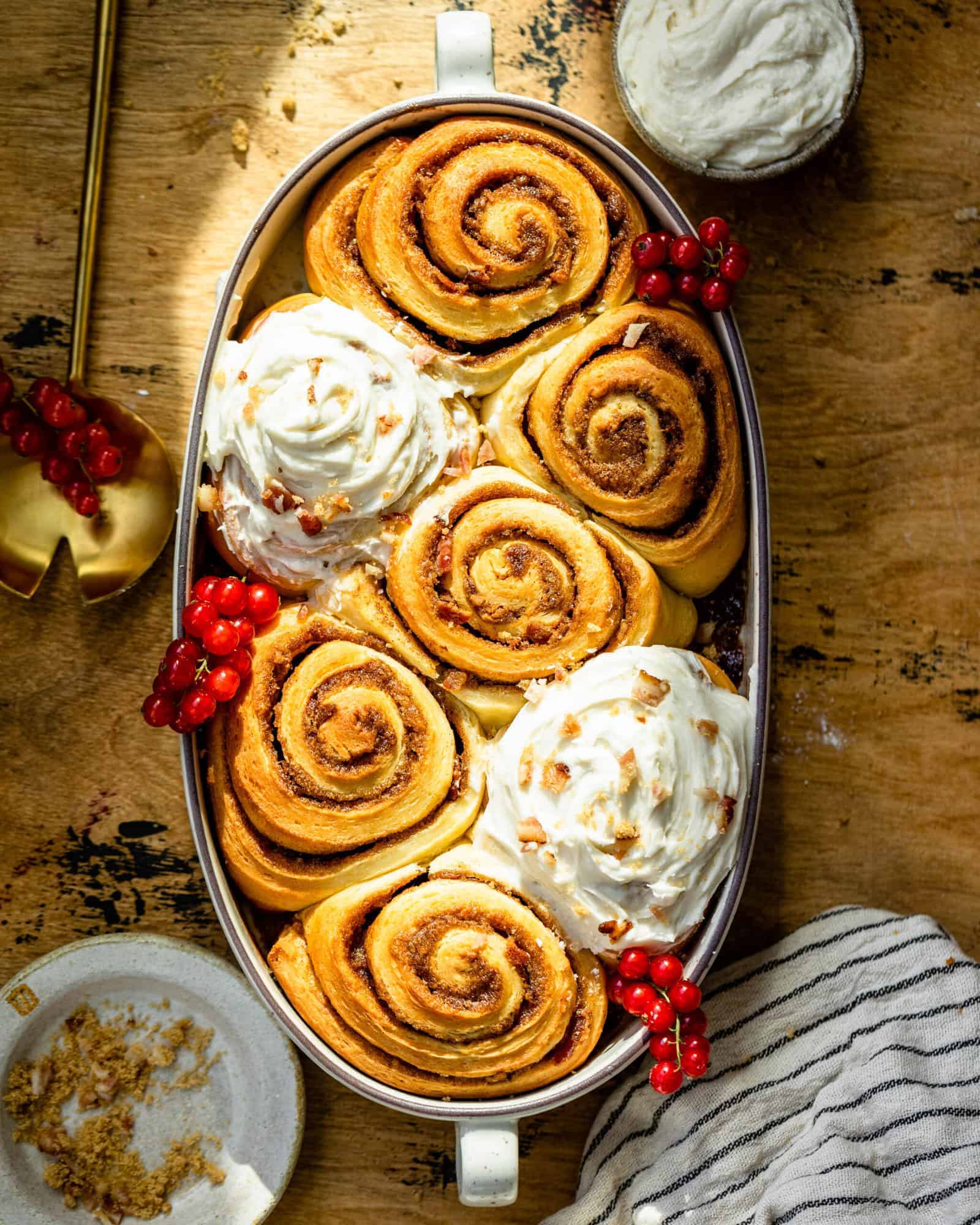 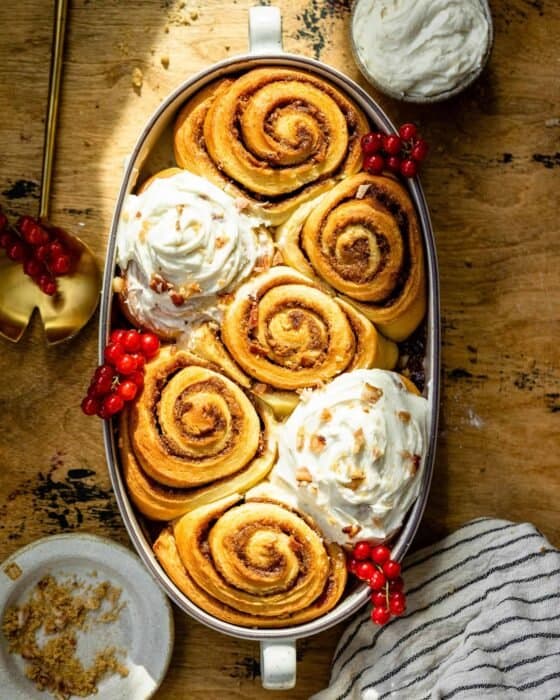