The secret is out! I was in a commercial! (VIDEO AT THE BOTTOM OF THE PAGE) This Britney Breaks Bread and Joann Fabric Commercial is something that I've been trying to keep quiet for over a month. I flew out to St. Louis back in October to film this commercial and it was honestly one of the coolest things that I've ever done. There was an entire film crew, hair and makeup stylists, wardrobe stylists, tons of food, and Phyllis!!

I was pretty stoked because Phyllis is freaking awesome and was such a joy to work with! I must admit, I was star shocked. When I first met her, she said "You are GORGEOUS!" and honestly, my heart almost exploded. Outside of my wedding day, this was the beginning of one of the most exciting days of my life. I am so grateful for this experience. I hope that you enjoy my recant of this day below!

It was all pretty serendipitous as to how all of this happened so fasten your seat belts and let's chat about it! I was heading into DC to hang out with my girlfriends and I received an email that I thought was spam. It was pretty simple email noting an "opportunity to work on a project with a celebrity". I thought to myself, yeah sure. But I responded. It turned out to be legit. Literally 5 minutes later, I was on a call with the production team and they were briefing me about this project with Phyllis and Joann Fabric! They were interested in working with me - "Britney Breaks Bread"! I was shocked. Of course immediately said "YES!" to being interested in filming a commercial. Like seriously?! Who wouldn't?! lol Ive been shopping at Joann Fabric since I could remember! It was a "Pinch me" moment.

Next thing you know, im on a flight...

Next thing you know, Im on a flight to St. Louis on an early Monday morning. As soon as I landed, I went straight to a Covid-19 testing facility and then to the hotel. I met with the production team and then the Joann team. We discussed logistics, lines, and of course - the baking project. What was the baking project?! Snowglobe cookies! Which honestly, how fun?! I was super excited to do this recipe because 1. I love all things christmas and festive. 2. This recipe includes a ton of sprinkles, butter, and sugar - so basically a bakers trinity.

Filming began bright and early on Wednesday morning. I woke up, praised God for this opportunity, and then blasted Beyonce. I never thought that a year into starting a food blog that Id be doing a commercial with anyone, let alone Joann Fabric! In the car on the way to the set, the nervous jitters began to well up within me. The set was in a really cool outdated house just outside of St. Louis. The house was based in 80s and was like walking into a time warp. There were arcade games in the basement, little trinkets everywhere, paneled walls, and green carpet. Also, Joann riddled the house with these really crazy Christmas decorations. See the pictures below!

Lights, camera, action - I loved it all!

In addition to all of the cool decor, there were at least 40-50 people there from the production team. People were talking on walkie talkies and giving directions and yelling "BE QUIET, WE ARE LIVE!". Organized chaos. I felt like I was having an out of body experience. So much was going on around me and it was so overwhelming in the most fun way possible. It's almost difficult to describe. Being on camera was a feeling that was completely surreal. I felt like a legit movie star. I was bitten by the bug. The lights, the camera, the action - I LOVED IT ALL!

Ok. Next up - the snow globe cookies! The story line of the commercial was that Phyllis was having a virtual baking competition with her co-workers. However, Phyllis is a terrible baker. That's where I come in and save the day and make these really bomb snow globe cookies. Come to find out, there was no need to make the elaborate cookies because it was virtual and Phyllis thought that they'd actually share them in person somehow. It's absolutely hysterical. Check out the video below and let me know what you think in the comments!

without further adieu.. here's the commercial! 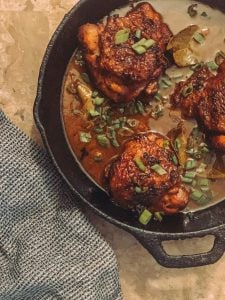 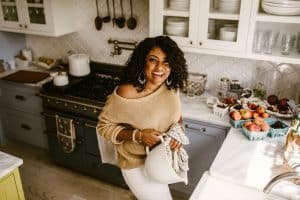 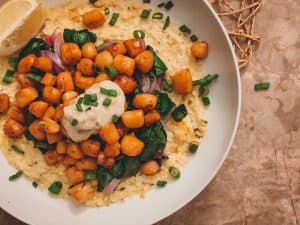